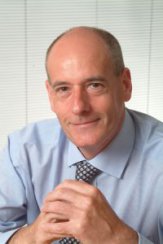 Edward is an ordinary guy, well as ordinary as a recovering accountant can be, but has achieved extraordinary things through running. He does not have a sporting background; at school he used to get out of P.E. as much as possible. His last school report said “His spasmodic appearances leave no opportunity to comment”. At the age of 40 a grave health warning resulted in the first tentative running steps. It took some time, but he eventually became hooked and has over 100 marathons or ultra marathons under his belt; a belt that is now much tighter!

By just keeping on going Edward has achieved something amazing; completing the Kalahari Augrabies Extreme Marathon, a 250km desert self-sufficiency stage race, ten times. More people have walked on the moon than done that, not bad for an ex fat bloke. He will always be a trail runner, but is currently enjoying a new lease of life as an adventurer, hiker and wild camper.